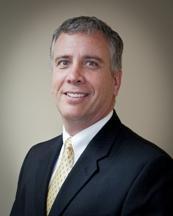 In approximately two weeks, certain contractors, vendors and other service providers who are the target of the city of Detroit’s attempt to claw back remittances made shortly before it declared Chapter 9 Bankruptcy will face the deadline for responding to the city’s lawsuit alleging preferential treatment of payment.

As discussed in our previous blog posts on the subject, defendants have until February 10, 2016 to respond to preference complaints. While the response date may be extended (subject to certain limitations), our attorneys have been working diligently reaching out to as many potential litigants as possible and crafting an effective defense strategy.

Managing partner, Nate Resnick, has answered a few of the most asked questions we’ve received so far in order to help litigants make some sense of this lawsuit:

Q: How can Resnick Law help me fight the allegations made by the city in its lawsuit filing?

A: We have nearly 25 years of experience dealing with these types of cases. We are regularly in front of the same bankruptcy judges in this Bankruptcy court, and we have worked for other creditors in the City of Detroit’s Chapter 9 Municipal Bankruptcy case since it was filed in 2013.  We obtained very successful results for our clients.

Q: After the city’s bankruptcy exit, how is it now possible for the city to claim that other city officials made alleged preferential treatment toward some vendors?

A: There are provisions in the Bankruptcy Code that permit bankruptcy Debtors to seek recovery of payments made within 90 days of the filing of the bankruptcy case in 2013, but only under certain circumstances. It doesn’t seem fair, but the law does provide several defenses to these preference lawsuits.

Q: Is there a way to settle the claim versus having to litigate?

A: Yes, absolutely.  Cases can settle at any time, but the stronger the defense, the better likelihood for a favorable settlement for the client.

Q: Related to the previous question, is it in a defendant’s best interest to settle or go to court and fight the claim?

A: It depends on the strength of the case, defenses and the relative leverage and skill of the attorney advocating and doing the negotiating for the client.

Q: What advice would you offer potential defendants in this matter?

A: Hire an experienced and qualified bankruptcy attorney from Detroit immediately.  The deadline to answer the lawsuits is coming up very soon (Feb. 10, 2016).  If the client does not hire an attorney to file a response on time, a default will be entered against the client immediately for the full amount in the lawsuit.

In discussing the case, Resnick summed up the position the city has forced many small vendors and contractors in by expressing his personal outrage at this lawsuit.

“It is horrific that the very contractors and vendors that helped keep Detroit afloat during its darkest days just before the bankruptcy are now being sued by the City,” he said, “for the payments they received only three months before the filing the largest municipal bankruptcy case in the history of the United States.

“Many of these companies and individuals who are now being sued after having supported the City for so long were the very same essential vendors identified by the emergency manager that were so vital to keep the lights on in the City of Detroit,” he added.

“Now their reward for their loyalty and patience is a lawsuit filed by a law firm in New York!,” Resnick said, feeling outraged. “It is no wonder that an out of state firm filed 185 lawsuits because there is no firm in the Detroit area that would be so brazen to go after the very same folks who helped the City stay afloat.”