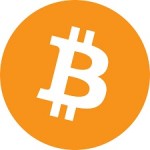 Perhaps you have heard of Bitcoin, the cybercurrency created as a way to be free of national and international monetary policy. Bitcoin’s value has fluctuated wildly since its appearance in the marketplace. In addition, Bitcoin has also become the “currency” of choice for a variety of criminal enterprises.

Now, Bitcoin is embroiled in a new debate, as its value and its essence are being debated in bankruptcy court. Case No. 15-03011 is being argued in California’s  Northern Bankruptcy Court and centers around Marc Lowe, who is declaring bankruptcy.

The trustee of the California bankruptcy court is disputing the value of  3,000 Bitcoin that Lowe received.

The bankruptcy court has to determine not only the value of the Bitcoin, but even more significantly, whether the Bitcoin is currency or property. This determination will have a direct bearing on the assets that Lowe has and how the assets and debts are discharged.