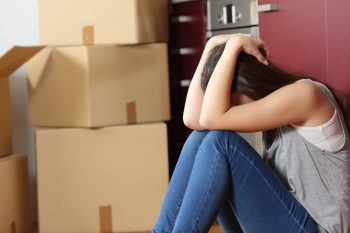 Divorce and bankruptcy are two areas of the law that can often overlap, affecting each other in many ways. Depending on which Chapter of the bankruptcy code a debtor files for relief may affect obligations granted in a divorce decree or settlement.

To address some of the overlap between divorce and bankruptcy, the U.S. Congress passed revisions to the bankruptcy code, including The Bankruptcy Abuse Prevention and Consumer Protection Act of 2005 (BAPCPA), which, as it relates to divorce, is that the automatic “stay” does not apply to spousal support or child support — so these will continue to be collected.

In addition, unsecured property settlement debts (debts owed to you by your spouse in your property settlement) are not subject to “discharge” in bankruptcy. When a debt is discharged, the creditor is legally forbidden to take any action “to collect, recover or offset any such debt.” (See Section 524 (a)(2) of the Bankruptcy Code.) The goal of most consumer bankruptcy cases is to discharge all debts, or as many debts as possible.

In some instances, your spouse’s filing of bankruptcy may be helpful as he or she will disclose income, real property and personal property when filing. You may be able to use property that was exempt from discharge to collect what support or property settlement obligations are owed to you.

A bankruptcy can, however, delay divorce proceedings. The State court handling the divorce will have no authority to make orders regarding marital property until either the bankruptcy is concluded or the automatic stay is lifted.

A money settlement is most likely to be property exempt from discharge in a bankruptcy if it appears to be a support arrangement, although with the passage of BAPCPA, it is generally no longer necessary to characterize money settlement as “support” in order to avoid discharge.

The court will look at the schedule of payments (one-time payment or installment payments), whether a major life event (like remarriage) affects the payment, whether there was a need for support, and other indicators that the payment was intended as support. Ultimately, the bankruptcy court is not bound by what you call the money settlement in your divorce.

A Difference of Note: Chapter 7 vs. Chapter 13 Discharge

Under Chapter 7 or “straight bankruptcy,” most debts are discharged, but there are exceptions: You may choose to continue making payments on your vehicle loan in order to keep that vehicle, so you might voluntarily choose not to discharge that loan. The kinds of debts that can’t be discharged in a Chapter 7 case are mostly the same kinds that can’t be discharged in a Chapter 13 “adjustment of debts” case, including child and spousal support, most student loans and recent income taxes.

What are “Non-Support” Divorce Debts?

As to the division of debts, your divorce decree may have required you to pay certain debts so that your ex-spouse would not have to do so. This created a new and separate obligation by you to your ex-spouse to pay those debts, over and beyond your initial obligation to the creditor(s).

In a Chapter 7 case, your obligation to pay your ex-spouse the money to make-up for you getting more of the marital assets cannot be discharged — you would continue owing your ex-spouse that debt.

The divorce-created obligation to pay the designated debts would also not be discharged in a Chapter 7 case — you may be able to discharge your obligation to the initial creditor(s), but you would still be required to pay the debt(s) because of the requirement to do so in your divorce decree.

Discharged Only Under Chapter 13

However, both obligations to your ex-spouse, and all other non-support divorce debts, would be discharged in a Chapter 13 case. That’s part of the Chapter 13 “super discharge.”

That doesn’t mean that it could be discharged in a matter of months as in a Chapter 7 case. Rather, in a Chapter 13 case, it means non-support obligations would be treated like all other “general unsecured” debts. Outstanding non-support obligations would all be put into one pool of debt, and then to the extent you pay down that pool of debt is based on a number of factors, including:

As stated in the beginning, divorce and bankruptcy are complex and overlapping areas of the law. The best advice is to seek good counsel before undertaking either action.

For more information on bankruptcy and divorce overlap, contact Carina Kraatz at Resnick Law or call her at (248) 642-5400.