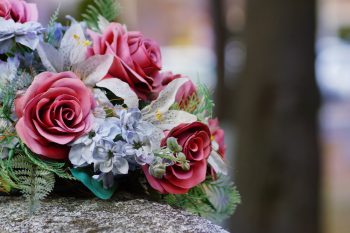 This past spring in Lansing, during an act of governance which received little publicity, the legislature crafted — and the governor signed into law — the “Funeral Representative Act of 2016,” which now bestows the moniker of “fiduciary” on whomever you choose to represent your final wishes after you’ve cross into the hereafter.

Senate Bill 551, also known as “Public Act 57 of 2016,” simplifies the process for effectuating funeral arrangements in Michigan; the law took effect on June 27, 2016.

As a result, people in Michigan now have the ability to appoint a “funeral representative” who may make arrangements and decisions regarding the disposition of their last remains after death.

The appointment of the representative can be made through a will, patient advocate designation or in a separate document. Before SB 551, the “next of kin” was granted the legal authority to make decisions regarding the funeral process, yet had no legal obligation to follow any codified last wishes of the decedent.

In addition, the previous legal framework never addressed situations where next of kin disagreed regarding funeral arrangements or final disposition decisions, or where next of kin refused to follow the known directions of the decedent.

Clearly, this law is in actuality a benefit to the decedent’s survivors — no more squabbling over dear, departed Uncle Harry’s ashes – since the decedent is just that…deceased. However, one’s wishes about funeral arrangements may be very important to people emotionally, religiously, culturally or with regard to family legacy and tradition.

Because the bestowment is not binding, a funeral representative does have the right to forfeit the position if, for example, they are unwilling or unable to assume the financial responsibility for costs incurred while exercising those rights. The law stipulates that a funeral representative’s rights are forfeited if the person fails to act within two days after notification of death.

The takeaway here is that your final wishes can now be codified into law, as long as you have made your wishes clear in advance plans.  Your estate plan is a perfect place in which to designate your funeral preferences.