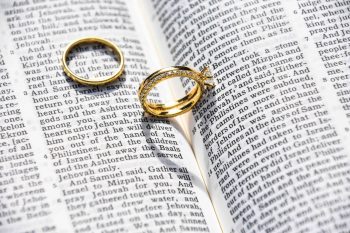 Divorces can be expensive in many ways, and for some people, being stuck with all the marital debt or a large portion of it can mean that filing for bankruptcy is inevitable. Filing for bankruptcy after a divorce does not always mean that a person’s obligation to pay off all debt is cancelled. Depending on the steps the other spouse takes, the debt may continue to be owed.

A person can file for bankruptcy under several different chapters of the Bankruptcy Code. People seeking a clean slate and to avoid having structured payments often chose to file under Chapter 7 of the Code. Generally, a person who receives debts as part of a divorce can discharge that debt as far as the creditor is concerned along with all his or her other eligible debt in a Chapter 7 proceeding. This would practically mean that the person will no longer owe the creditor the debt after the bankruptcy discharge.

However, this move can have negative consequences for the filer’s former spouse. The creditors are not parties to the divorce and do not have to abide by a court’s order for one spouse to take on the debt. Therefore, after the filer’s debt is discharged, the creditor can still seek the debt owed from the other spouse. Because of this, the law allows the former spouse of a person who files for Chapter 7 bankruptcy to continue to pursue payment of the debt from the filer as if the debt is owed to the former spouse directly and not the creditor. Therefore, the debt is not truly discharged.

This means that while the creditor cannot legally sue the filer for a debt discharged in a Chapter 7 bankruptcy, the filer’s spouse can seek to enforce the divorce decree by having the filer held in contempt for failing to pay the debt. In addition, the former spouse can seek enforcement by taking steps such as putting a lien on the filer’s assets in order to ensure the debt is paid.