Find out if you can say “I told you so…”

What is the cause of Detroit’s Municipal bankruptcy? To answer the question on everyone’s mind, we created a Google Survey and asked people across the nation to choose an answer from one of the following options: 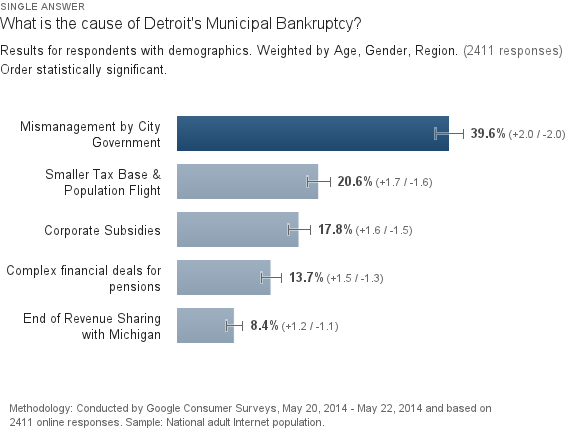 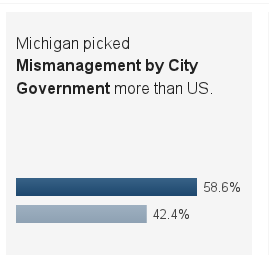 “It comes as no surprise to me that most people blame the City leaders for the bankruptcy,” said Nathan Resnick, Detroit Bankruptcy Attorney and founder of Resnick Law, P.C. “ The former Mayor is in jail and the corruption was rampant in the media.  While I agree that the former regime certainly didn’t help the City’s financial woes, the crisis that caused the bankruptcy filing goes back for decades.  Young people point to corporations as the source of the problem because they have not lived through the decades of mismanagement and malfeasance of City leaders. There are many causes of the bankruptcy filing, and hopefully new leaders in government will help turn the page as the City emerges from bankruptcy sooner than later.”

It isn’t surprising to discover a consensus across states, incomes, and age ranges that blame Detroit’s bankruptcy on the municipal government, considering the media has presented mismanagement as the ultimate cause of the bankruptcy. There were however, additional contributing causes, some of which had interesting insights.

Young People ages 18-24 believed that Corporate Subsidies were the cause of the city’s bankruptcy filing. This insight could be impart caused the distrust of corporations following the recession and the Occupy movement. 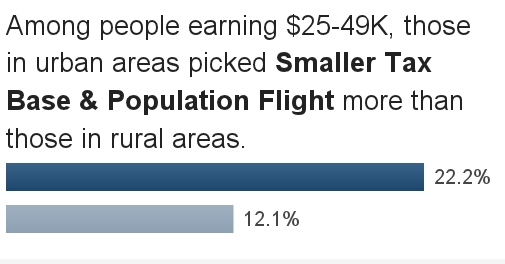 Ultimately, the sample size of our survey was not large enough to draw many firm conclusions; however, our survey depicted clear trends. Overall the people believe that Detroit was mismanaged by its elected government, which set the stage for its recent bankruptcy filing and financial hardship. Mismanagement was not the sole cause of bankruptcy, and there were clearly a number of factors that developed over a period of many years that resulted in the bankruptcy filing.

If you have questions, comments or would like to reach Nathan Resnick of the Resnick Law Firm for comment or permission to use this Survey. Please contact us here.