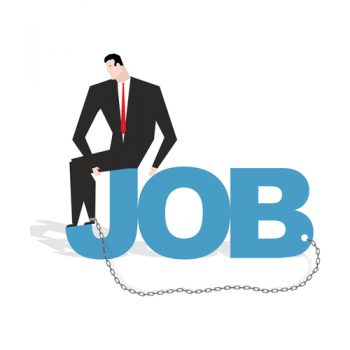 High-tech employees working in states that enforce non-compete agreements suffer for it in lower wages and reduced job mobility, according to a recent study released by the University of Michigan’s Ross School of Business.

Jagadeesh Sivadasan, an associate professor of business economics and public policy at the University of Michigan’s Ross School of Business, compared data for workers in states that strongly enforce non-compete clauses with those that do not.

“Companies use non-compete agreements to protect their intellectual capital, but we find statistically significant effects for lower wages and lower mobility, meaning they stay in a given job longer,” Sivadasan wrote on the U-M news website.

Sivadasan and his co-authors — Ross doctoral student Jin Woo Chang, Natarajan Balasubramanian of Syracuse University, Mariko Sakakibara of UCLA and Evan Starr of the University of Maryland — focused on tech workers because of the prevalence of non-competes in that industry.

They analyzed individual worker-level data from the U.S. Census Bureau, which collects it from states. They then ranked each state according to how strongly it enforces non-compete agreements, drawing on work by Norman Bishara, U-M professor of business law and ethics. California, for example, doesn’t enforce them at all, while Florida’s state law is more generous for employers.

For example, if a non-enforcing state such as California were to enforce non-competes to the maximum level of Florida, tech job earnings would be 2.5 percent to 3.5 percent lower.

“This provides strong evidence that non-compete enforcement locks employees into their jobs, with little evidence that any productivity benefits are shared with the employees,” he said.

As Washington debates the repeal of the Affordable Care Act and its broader implications of keeping people locked into jobs, a similar discussion on how non-competes affect dynamism in the labor market — that is, how much workers move around and how many jobs are created and destroyed — seems to echo similar sentiments. Data suggests dynamism has slowed down and that non-compete agreements are a policy governments can influence according to how much or little enforcement a state offers.

“We can’t make the correlation that dynamism is slower because companies are using non-competes more aggressively, but we can say they slow mobility for the highest-value knowledge workers,” Sivadasan wrote. “If the government wants to promote mobility, then our research suggests that one policy lever it can use is to limit enforcement of non-competes.”

Legal opinions vary as much as the patchwork of state laws governing them. Some argue non-compete agreements — which limit when and how a departing employee can work for a competitor — unfairly inhibit worker mobility and innovation.

Others say companies are more willing to invest in people when assured they won’t skip right over to the competition. This disagreement over the impact of non-competes has led to intense and ongoing debates about reforms to non-compete policy in several states.