We’ve been reading for the longest time about laws that have been enacted to provide bailouts and relief for banks and lenders, but there really hasn’t been many laws enacted that give relief directly to consumer borrowers.   There hasn’t been much to cheer for lately, but now, it appears that consumers may have allies in Congress after all.

On June 26, 2013, the United States Senate submitted S. 1229: Empowering States’ Rights To Protect Consumers Act of 2013.  This bill is intended to give the states greater ability to enact their own laws to protect consumers from lenders who charge excessive interest rates.   The Federal government has a near monopoly on the regulation of federal banks and lending.  Until now, the federal government did not allow individual states to interfere with their right to regulate banking and lending. 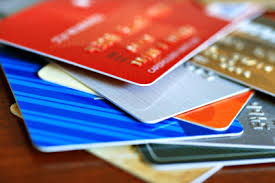 The Truth in Lending Act (TILA) is one of several powerful Federal laws that protect the rights of consumers in loan transactions.   TILA allows the federal government to regulate banks and banking but doesn’t allow the states to regulate banks or banking practices within their own state.   Senate Bill 1229 proposes to amend TILA to empower every state to enact laws that set their own maximum annual percentage rates applicable to consumer credit transactions, and for other purposes.  The Senate bill would add the following language to TILA, “Notwithstanding any other provision of law, the annual percentage rate applicable to any consumer credit transaction (other than a residential mortgage transaction), including any fees associated with such a transaction, may not exceed the maximum rate permitted by the laws of the State in which the consumer resides.”   If this law is passed, it will be a significant victory for consumers.   It will authorize consumers in every state to petition their own state representatives to limit the rates that lenders may charge, and may provide some relief to consumers struggling with debt.

If you are struggling with debt, and need an advocate for you, please contact the attorneys at Resnick & Moss, P.C. for the legal advice you need, please do not hesitate to call (248) 642-5400 for a free telephone consultation.