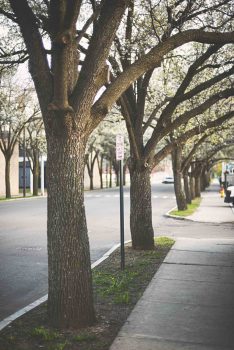 When a homeowner is facing foreclosure because of financial problems, and also has other significant debts that are unmanageable, bankruptcy may be the best way forward. However, when a mortgage debt is discharged in a Chapter 7 bankruptcy, the homeowner does not get to keep the house free and clear of debt. If the homeowner wishes to keep the home, he or she can keep the mortgage debt, and therefore the house, through a process known as reaffirmation.

Reaffirmation of a debt in Chapter 7 bankruptcy means that the person filing for bankruptcy excludes the debt from the debts discharged through the bankruptcy process. The creditor and the debtor agree to waive the debt’s discharge in bankruptcy.

Generally, when a person files for Chapter 7 bankruptcy, there is a period of time known as a stay period, during which creditors are required to stop all collection attempts. If a foreclosure has been started, it has to be put on hold during this stay period. However, the foreclosure action will not be held off indefinitely, and the homeowner has to either reaffirm the mortgage loan or lose the home. In reaffirming the mortgage loan, the homeowner agrees to make on-time payments on the loan and abide by whatever other terms are included in the reaffirmation agreement.

Even with a reaffirmation agreement, after the bankruptcy, if the homeowner misses payments on the mortgage or otherwise breaches the reaffirmation agreement, the lender can begin foreclosure proceedings again. If this happens, the homeowner can remain on the hook for any balance after the home is sold. This would be a major disadvantage over dismissing the entire mortgage loan in the bankruptcy.

Before deciding whether to reaffirm a mortgage loan, it is important to discuss this issue with an experienced attorney. While the decision to keep your home after a bankruptcy can be an emotional one, it needs to be approached rationally. If reaffirming the debt will only lead to more missed payments and eventually a foreclosure proceeding, it may not be in the homeowner’s best interest to reaffirm the loan.

It is important to also have an attorney review any reaffirmation agreement to ensure that the homeowner’s interests are well represented, and that the terms are not too difficult for the homeowner to keep up with.