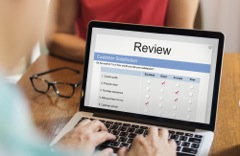 At the end of 2016, President Obama signed into law legislation intended to protect individuals who write unflattering online reviews of businesses, which has lovingly been referred to as the “Right to Yelp” law.

The measure, which is set to take effect March 14, prevents the use of “non-disparagement” clauses in form contracts, specifically those generic, standardized contracts where there’s no real opportunity to negotiate terms.

Think, for instance, of a website where you are asked to check off a box saying, “I accept these terms.” Experts say that while these types of clauses aren’t overly prevalent, they were being utilized by some businesses.

One case making headlines last year was when a pet-sitting company in Texas filed suit against a couple for reportedly posting a poor review on Yelp. The CRFA is supposed to end-run those types of suits by making the contract unenforceable.

The wording of such contracts, some experts have said, is akin to defamation suits without the burden of proof. However, defamation is hard to prove, and the burden is on the plaintiff to demonstrate that the statement is “…a provably false fact that seriously damages someone’s reputation.” Someone’s opinion about a bad experience at a restaurant may hurt business, but isn’t a provably false fact.

Still, the new law doesn’t give consumers license to make false allegations or breach confidentiality obligations. In addition, it doesn’t prohibit a business from suing for defamation or libel in the case of false or fake reviews.

But winning such cases isn’t easy and may not be worth the cost and bad publicity. Instead of such clauses, many experts have suggested that businesses should focus on improving the customer experience to generate more positive reviews.