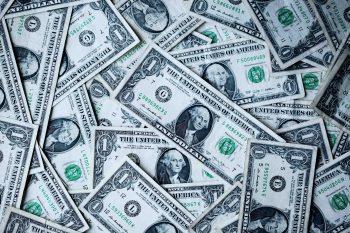 There are many consumers who look forward to getting substantial tax refunds each year. These funds may be used as savings, to pay for various expenses, or to pay off existing debt. Consumers who have made plans to spend their tax refunds may be concerned about the ability of existing creditors to garnish those tax refunds.

When a creditor has initiated a garnishment with the Michigan Department of Treasury, the debtor who owes the debt, and the court that permitted the garnishment, are notified of the impending garnishment. If the debtor does not wish to have his or her tax refund intercepted, he can make arrangements to pay the debt in advance and avoid the garnishment.

The debtor may try to avoid losing the tax refund by negotiating with the creditor to set up a payment plan to pay off the debt gradually instead of all at once. Once the creditor has already received a final judgment on the debt, and has taken steps to start garnishment, the creditor may not be willing to negotiate with the debtor. If the debtor has not been successful in keeping to a payment plan in the past, he is not likely to keep up with a plan unless the debtor’s financial circumstances have changed. The creditor has to consider issues such as how much of a refund a particular debtor may receive in deciding whether or not to allow the debtor to pay off the debt in installments.

In addition to seeking to garnish a debtor’s tax refund, a creditor can seek garnishment of a person’s wages as well as lottery winnings. Creditors can also choose to sell a debt that is considered uncollectible to a collections agency or firm, often for pennies on the dollar. If the debtor has filed for bankruptcy before the creditor has been fully repaid, the creditor may still have an opportunity to collect on the debt if the debt is recorded and secured.

For more information on how you can best collect a debt with minimal costs to your organization and how to deal with debtor bankruptcy, you need to consult an experienced creditor’s rights attorney. Contact us at Resnick Law, P.C., in Bloomfield Hills and Detroit, Michigan to schedule a consultation.