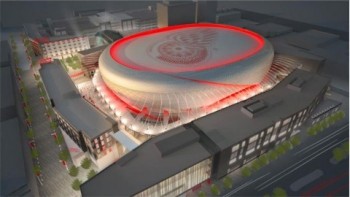 Detroit has infamously faced decades of blight, crime and financial turmoil. Recent developments have put the city back on track to prosperity and the city is scheduled to undergo major development projects over the next couple years. At the pinnacle of these development projects is the District Detroit, an entertainment district that will connect Midtown and Downtown Detroit along Woodward Avenue.

The District Detroit will develop a series of five neighborhoods, all centered around a major venue.  Each neighborhood is uniquely themed, and will offer a taste of Detroit city life that appeals to a person of any passion. These neighborhoods are:

The ultimate goal of District Detroit is to transform underutilized neighborhoods into positive, creative and energetic spaces for residents, workers and guests. This project will also have a hugely positive economic impact on the city of Detroit as well. Coupled with the new hockey arena development, District Detroit is expected to spur an initial economic impact of $1.8 billion, and create thousands of construction and permanent jobs.

To view the progress on District Detroit thus far, https://player.vimeo.com/video/138003869