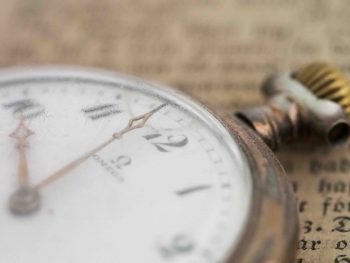 The use of contracts in commercial transactions is both common and recommended. Most contracts contain terms that are crucial to each party, and the failure to perform one or more obligations under the contract can affect the ability of the other party to perform under the contract. Therefore, when an aspect of the deal is important to one party, the party may include a specific clause in the contract regarding that aspect of the deal. This is why “time is of the essence” clauses are sometimes included in contracts.

However, clauses in contracts indicating that time is of the essence do not guarantee that a failure to act within the time indicated will result in a court finding there was a material breach of the contract. The intention of the parties is generally more important than the language they include in the contract when it comes to contracts containing “time is of the essence” clauses. Michigan courts have found that in some contracts, despite the clause, time was not of the essence, and therefore, no breach resulted from the failure to meet a deadline.

It is important to ensure that if a clause indicating that time is of the essence is added to a contract, the language used is clear, and that the parties understand the consequences if the deadline is not met. If the contractual language is unclear, or if it contains no information on what happens when the deadline is not met, it is more likely that the clause will not be upheld.

Making sure that your contracts are well drafted and convey your understanding of a transaction is very important. Before you sign any contract, it should be reviewed by an experienced attorney who can explain what the contract’s key terms are and how they can affect the deal. For more information on how our experienced contract attorneys can assist you, call us at Resnick Law, P.C., in Bloomfield Hills and Detroit, Michigan.